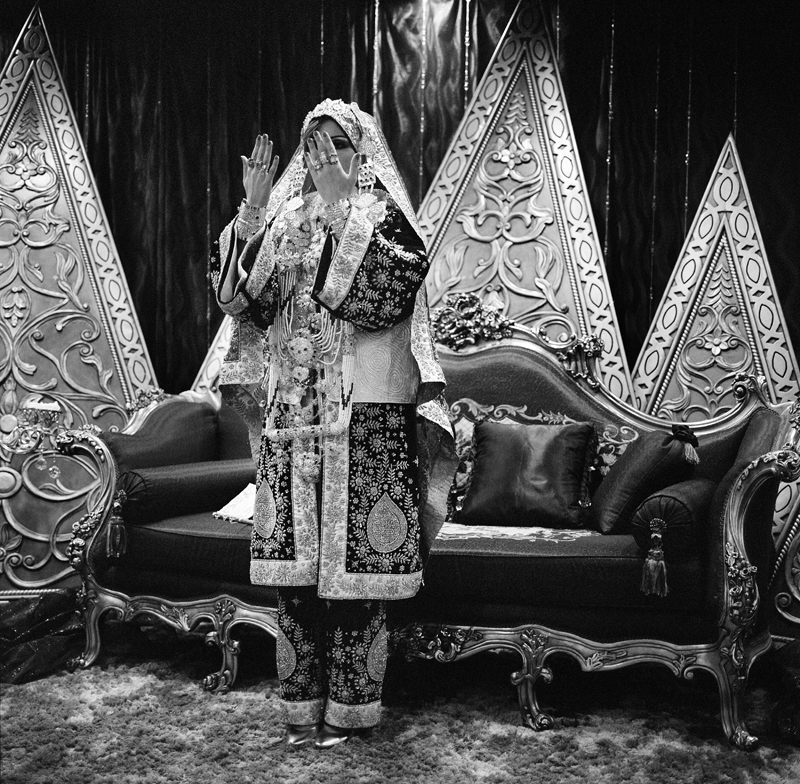 A traditional Libyan wedding is a grand affair and if finances permit can last up to five days. Men and women celebrate separately. In March of 2012, the National Transitional Council passed law number 119, which encourages marriage in Libya. A marriage support fund was created through the Ministry of Social Affairs, which helps to cover wedding and housing costs. Especially for the youth, marriage in Libya is a sensitive issue. Failed socialists policies of the past regime such as property ownership greatly limited the opportunity of marriage. Under Gaddafi, vacant properties could be occupied by anyone, the occupiers becoming owners of the dwelling. Marriage is important in Islam and a respected union in the Arab world where family is regarded with great importance. The inability for men and women to marry created great tension in the country. A Libyan bride wears a traditional wedding dress that can easily cost over $30,000 USD. The garments are sewn with thread made of silver and gold.