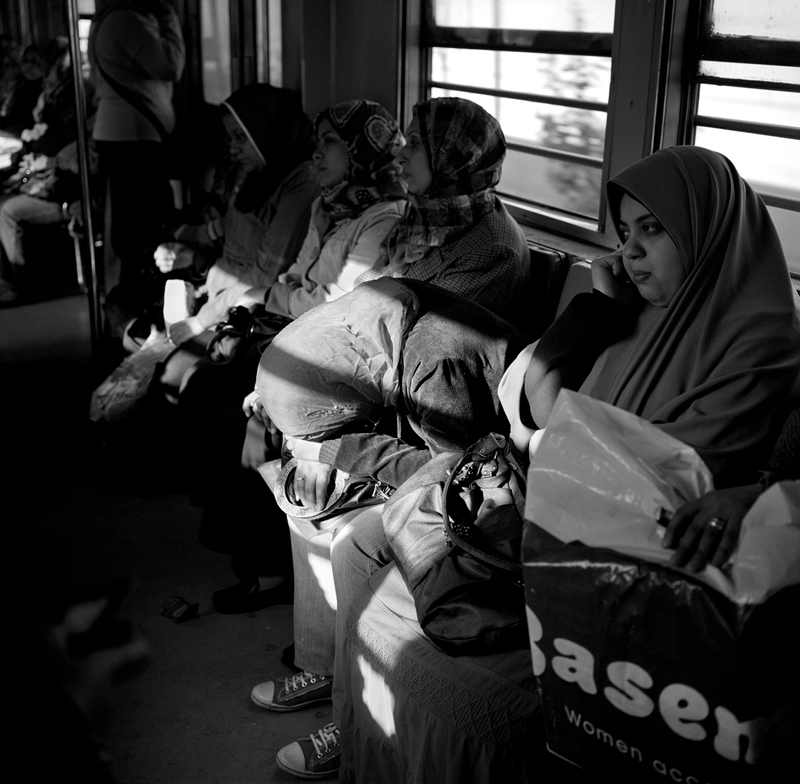 In the early 90’s Egypt introduced one car on each train on the metro to be solely for women. The segregation on the metro is aimed at reducing sexual harassment such as groping on crowded cars. Some believe the separation on cars is positive, as it provides women a safe heaven to travel, others believe it’s a step back to the “dark ages.” According to the Egyptian Center for Women's Rights, there has been a rise in sexual harassment and violence against women in the last decade, from constant verbal remarks and noises on the street to rape. The Center released a report in 2008 showing that eighty three percent of Egyptian women and ninety eight percent of foreign women in Egypt are sexually harassed. Conservative Islamic dress such as the niqab is no defense; even veiled women are harassed.