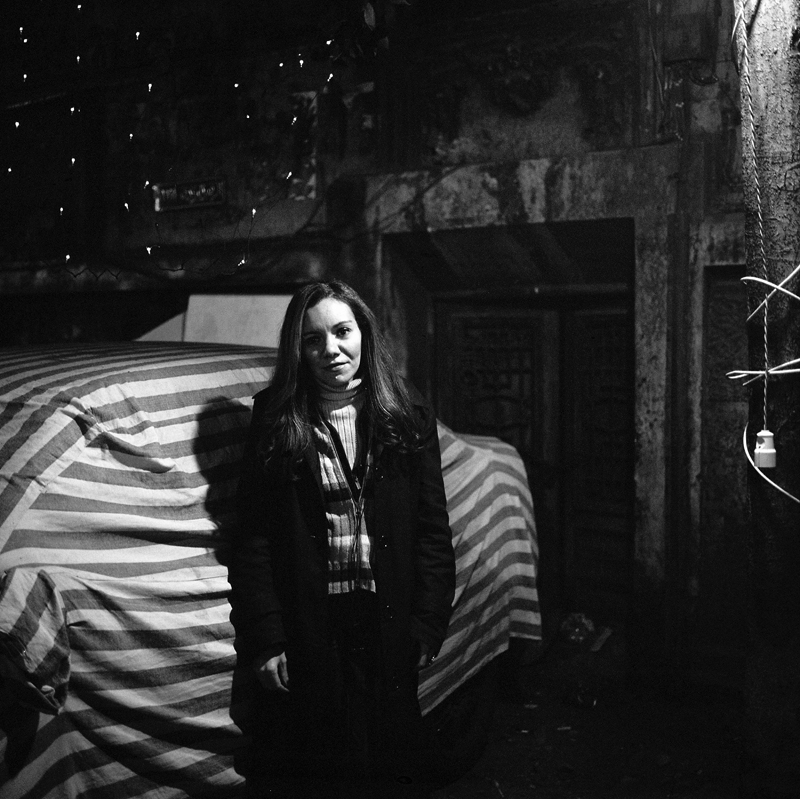 Amal Sharaf, 37, “I was involved since 2008, since the movement started. I am one of the co-founders of the April 6th Movement. When we started in 2008 we did not have one percent hope that we would reach the revolution in three years. We thought that we would fight corruption and our biggest dream was to get rid of a minister, which we went on January 25th for. But when people felt the crimes were getting more and more and people were getting killed, and police brutality was spreading everywhere and corruption is spreading everywhere and Mubarak is treating people as if its his own country. The Minister of Interior, we called him the Minister of Torture; he used to kill people everywhere. So we went and made many protests over these three years, not only for the emergency law, we made for the prices, we made for the cops, for the churches that were burned, for people who were killed, we made many protests for many issues. But the main thing we were stressing on politics mainly. We made the group then it got larger and larger and became many smaller groups within the movement. We started out with 16 members and now we are thousands, all over Egypt in all cities. We did a protest on January 25, 2010 for police brutality since it was the day of their national holiday. We decided to do it again this year (2011) but we didn’t expect it to be that large. We made the invitations, and we expected huge numbers to come, but not that huge, we expected a big protest, but not a revolution. I was one of the ones who stayed in the control room, we were seven, around 16 mobiles, every second we had a call. They felt so enthusiastic about it. Then suddenly, I got calls on the 25th, Amal, it’s 10,000 demonstrators, I couldn’t believe it until I saw it with my own eyes. We had to think what to do, they didn’t expect all this and we also didn’t expect all this to happen. It was a surprise for both of us, the regime and us. Now we’re having a revolution, and we have to face it. This is the revolution, so Mubarak should leave. This is the first demand. Mubarak must leave, no negotiations, nothing. We expected Mubarak to leave, and for the military to take over. And I, personally expected the military to do what they are doing now, but people did not expect it. No one expected the military would want for their benefit and not ours. They were his men for 30 years, they are loyal to him and they are corrupt like him. They wanted Mubarak to step down, but for them, not for us. I wasn’t very happy about this happening, because I knew we’d end up with what we’re in now and I kept warning people. Three months exactly when the military started to show that they’re the owners of the country, like Mubarak, and worse, military trials for civilians, torturing people and still corruptions happening, still brutality everywhere, but now the military and the police, both. I was one hundred percent sure I was right, when they attacked us in the human rights center. The military with thugs and police and state security, and my daughter was with me, we were thirty-five people, they attacked the place and made us sit on the floor, put our hands on our head, and they said we have a military order to shoot, although they don’t have rights to do this. They arrested around thirty of us, they let me leave only because my daughter was with me and she kept crying and they started to panic. They let me and an old lady go only. The old lady because a thug hit her on the head with a stick with nails in it and there was blood all over her. When the thug hit her on her head, she fell on me, the army soldier told him, you don’t have to beat her, we have a military order to shoot anyway. This was his reaction when the woman kept crying and screaming; she started to panic. People on the streets don’t understand anything, they think the military is an angel, that they were backing the revolution; they know nothing about the militaries doings. When the second Revolution happened, I was happy, it was the happiest week of my life."