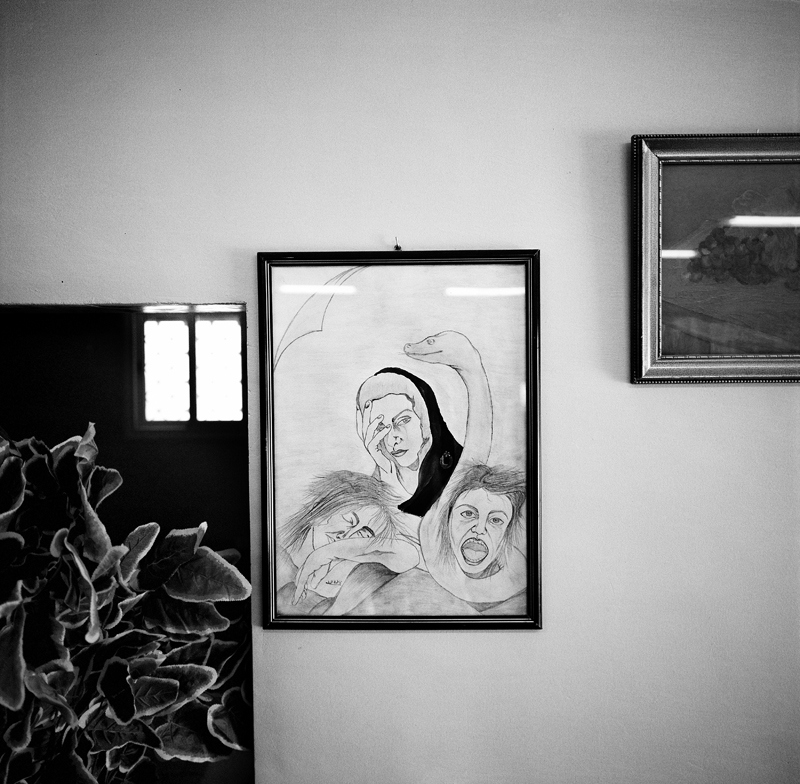 A drawing hangs on the wall in the "grains of hope" office in Misrata. The group is comprised predominantly of women who make food for the rebels on the front line, approximately 300 meals a day. In addition, they also collect money and clothes for families whose houses were destroyed during the intense fighting in Misrata. The drawing, created by group member Fatima El Jamal, tells the story of women raped in Misrata. A Libya National Flag now officially adopted by The National Transitional Council is draped over one of the women depicted to symbolize protection.