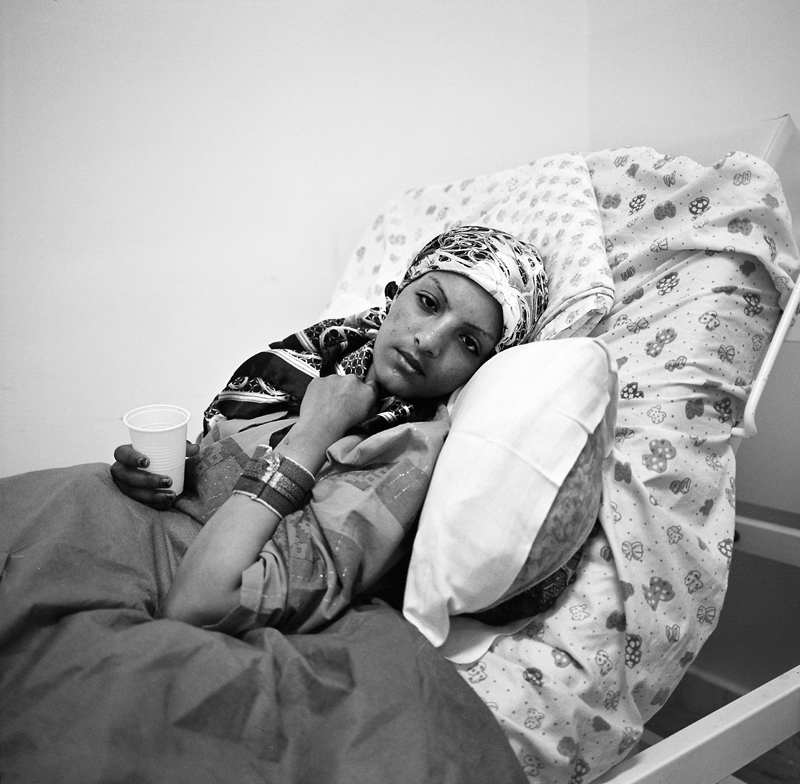 Nisreen Mansour al Forgani, 19, volunteered for Gaddafi’s all-female militia a year ago, she spent most of her time commanding road blocks. In the female section of the Popular Guards Nisreen was trained to use firearms, specifically trained as a sniper. Over the course of her time in the Guards Nisreen says she was raped on multiple occasions by Mansour Dau, who was the commander of 77 Brigade, his son and other senior men. As rebels closed in on the capitol Nisreen says she was taken to the Bosleem district of Tripoli where she was forced at gunpoint to execute suspected rebels. She does not know how many men she killed that day. After trying to escape by jumping out of a window anti- Gaddafi men found her, wrapped her in a blanket and took her to a Mosque before taking her to Matiga Military Hospital for treatment. In the hospital Dr. Rabia Gajum head of department of behavior and psychology looked after Nisreen. Today she is being held at Tripoli's Jdaida Prison, “I never in my life thought I’d be in prison. When I arrived many people yelled at me because they had heard about what I have done. They are treating me well here, and even let me talk to my mom on the phone. Being here is better than being with Gaddafi’s people. My mom tells me that the people here are my brothers and my family, and to be patient, that the revolution was good for the country. I want to know what will happen to me, but no one tells me. I have lost hope. I just want to know my fate.”