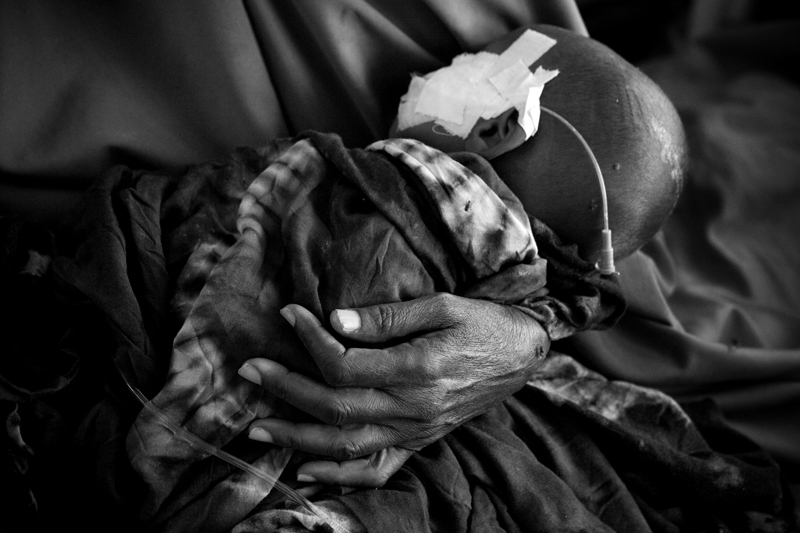 8 month old Ayan Abdi arrived at Dadaab Refugee Camp one month ago. Her mother died on the way to the Camp after giving birth to her. Her father, overcome with grief stayed in the small town where her mother was burried. Ayan's aunt, Sareyo Mohamed (60) continued the journey to Dadaab to seek medical care because the young child was so malnurished. Sareyo holds Ayan at the stabilization ward in the International Rescue Committee (IRC) clinic