The Widows of Abu Salim: Abu_Salim_Sarah_Elliott_06 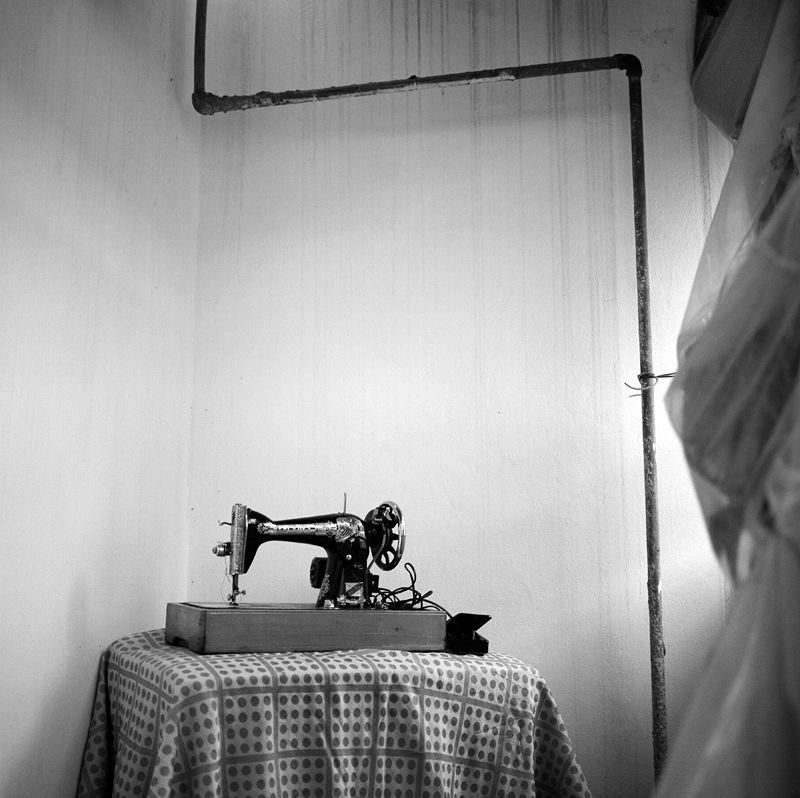 After Zinab El Kilany's husband, Masoud, was arrested by Gaddafi's forces in 1994 she struggled to support herself and her son. The day after her husband was taken, her brother suggested that she stay with her family. "My father was paralyzed and very poor. I couldn't buy my son milk or diapers. I felt like I was a big problem for my family. I couldn't rely on my family because they were not well off. I stayed with them for less than a month, then moved home. I received his death certificate in 2009. Security officers came to my door and handed me the paper. It felt like he died at that moment. For his cause of death there is a slash through it and his date of death is 1996. How could they put a slash through his cause of death? I cried hysterically. The Security Officers told me that I would be reimbursed but I never received any help of compensation from the government. What could they give me, they took my husband." Zinab supported herself and her son by cleaning houses and sewing. "I began sewing to earn money. I didn't even buy this machine, someone gave it to me." Although Zinab no longer uses the sewing machine, she cannot bare to get rid of it. Zinab’s sewing machine sits at her house outside Tripoli on July 11th, 2012.