The Widows of Abu Salim: Abu_Salim_Sarah_Elliott_05a 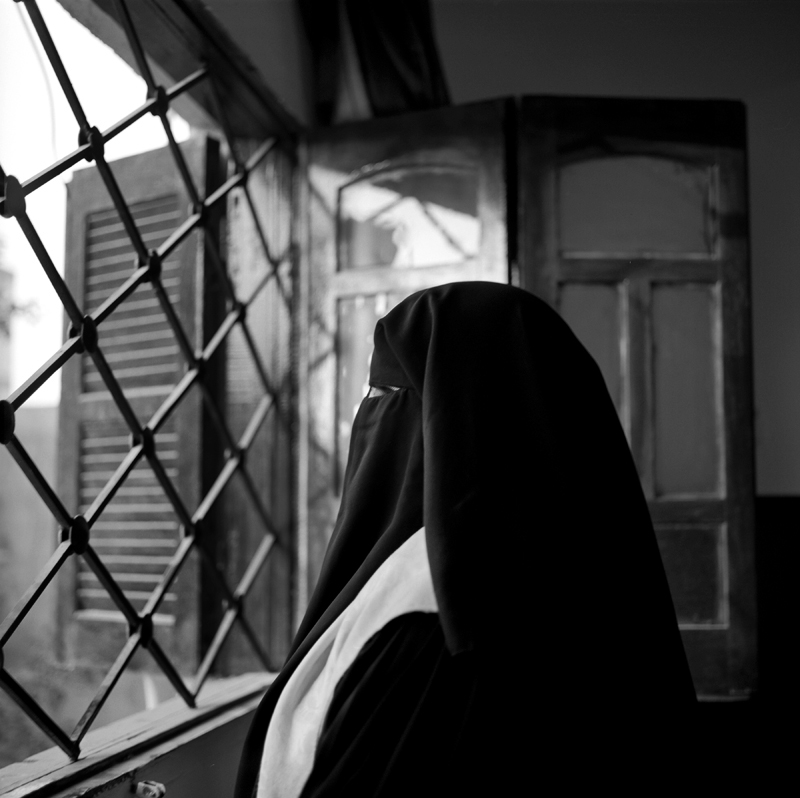 Zinab El Kilany, 39, was married May 15th, 1993 when she was 21 years old. “He was not a rich man. We were living in an apartment above his parents. He was working very hard; we were normal people. The company he was working for gave us an apartment and we changed apartments 4 months after we were married. I had a baby boy on July 27th, 1994. My husband was a very religious man. He wore trousers like prophet Mohamed. He prayed early in the morning at the mosque. Men started tracking and investigating him. They told him to stop praying at the mosque. He was told to report to an office. I didn’t want him to go, but he said he hadn’t done anything wrong and he’d come back. I didn’t think I was going to see him again. He didn’t come back that day; this was in 1994. The next day my brother came to our apartment and told me it wasn’t safe for me to stay there. I went to stay with my family. My family didn’t have much money and I felt like I was a big problem for them. I stayed with them for less than a month, then went back to our apartment. My brother came to stay with me. That’s when they started watching my brother. He left the apartment, to protect me. A friend gave me a sewing machine and I started sewing things to make money. I also started making cooking food for families, and watching children. In the beginning of 1996 security forces came to the apartment, I was alone with my son. They brought my little brother to the door with them and told me my father had died. I was so scared; I put on my hijab because I thought I was going to die this day. My husband had religious books and tapes in the apartment. I put them in a box and tried to hide them. I tried to throw some of them out the window but they fell on security men below my window. They started to beat my brother outside. When I opened the door a tall man pushed the door open and started to beat me with his kalashnikov. He kept slapping my face while the other men searched our house. The tall man grabbed my son from me and pushed me out the door, he was crying. My neighbor took my son. They took me to a prison to interrogate me. They wanted to know about my husband and my brother, but I really didn’t know anything. They put me in a little room with three other women. It was filthy and there wasn’t a bathroom. I stayed there for 20 days. When they released me, they took me to my parent’s house. I was so dirty I didn’t want to hug anyone. We chanted “allahu akbar” and cried. I got in a taxi with my brother to get my son at my husbands parents house. I went to the prison to try and see my husband. I brought him food and clothes, but I never heard anything about him. I received his death certificate in 2009. Security officers came to my door and handed me the paper. It felt like he died at that moment. For his cause of death there is a slash through it and his date of death is 1996. All this time, I felt like I was the man and the woman; looking for jobs and doing the housework.” Zinab El Kilany looks out the window at her house outside Tripoli on July 11th, 2012.