The Widows of Abu Salim: Abu_Salim_Sarah_Elliott_019 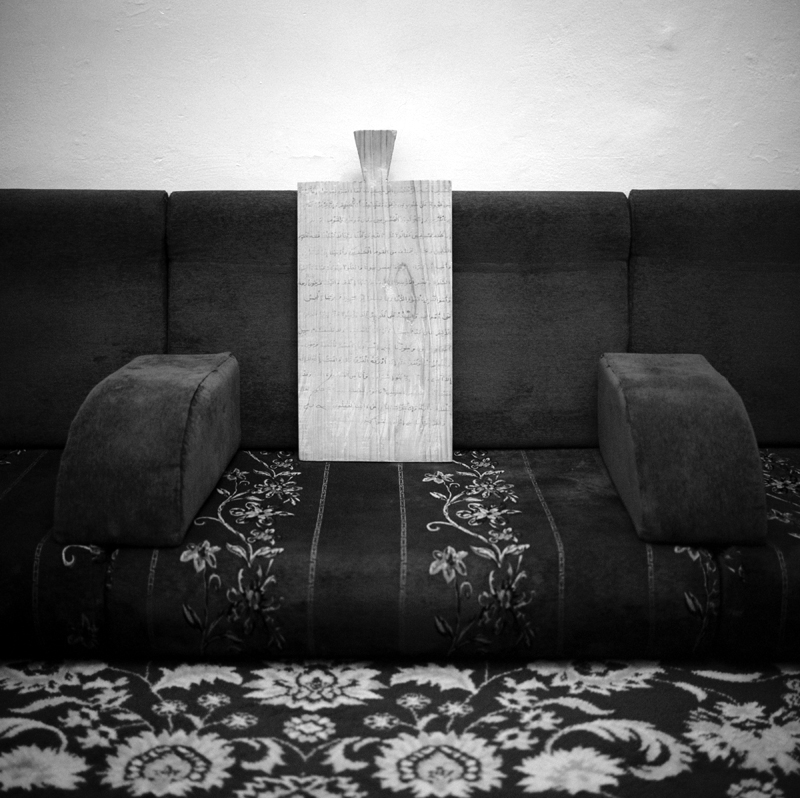 Amna Haddud, 47, “Women’s rights under Gaddafi was only a fake cover. The poor women who don’t have someone to defend them or a man to ask for their rights, they are left on their own. I’ve seen it and experienced it since my husband died. I see women with no income, no job, with no husband that the government never helped. I was married in November of 1988. In January 1989 my husband was captured. It was a traditional marriage and I didn’t know him before. We were only together for a couple of months. The same night my husband was taken, many youth were taken as well. The first year, I went to the government offices and to the prison, but they told me he wasn’t there. My husbands only fault was not being loyal to the government. People were fed up with the regime. Since they said my husband was trying to “destabilize” the regime, they called him a criminal and I didn’t receive any kind of salary. In 1992 I protested with a group of women who had also lost their husbands. We made a protest outside the prison. The names of men on lists “B” and “C” were read, but they refused to read the names of the men on list “A”. In 1993 they read the men on “A” list, and my husband was on this list. Once a month I would bring food to my husband, but later I found out it wasn’t going to him. In 1995 we protested again outside the prison. They told me again that he was on list “A,” the “black list” and that he was a traitor to the government. They threatened to put me in Abu Salim women’s prison if I kept demonstrating. In July of 1995 I was able to speak to him on the phone for the first and only time. In 1996, my friend called me to tell me something had happened at the prison. I spent months trying to get news of him. In April of 2002, the government called me and told me to collect his death certificate. Prisoners who came out told me that most of “A” list was killed in the massacre. I waited for him for 23 years.” Amna's husband, Abed Alhkem was 27 years old when he was taken. Abed’s prayer tablet at Amna’s parents house in Tripoli, Libya on July 20th, 2012.