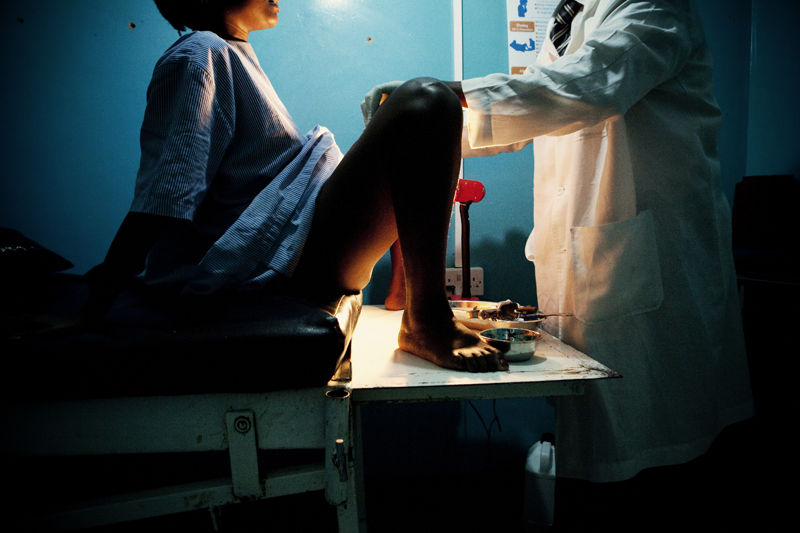 ONGATA RUNGAI – JUNE 21: A 29-year old Kenyan woman procures an abortion in Onagata Rungai, a town situated outside the capital of Nairobi, Kenya on June 21st, 2010. She is a single mother to a 9-year old boy and has never been married. The doctor uses the manual vacuum aspiration (MVA) termination method at a nursing home/family health clinic theater that he has rented out for the procedure. . Vacuum aspiration was originally developed by two doctors, Yuantai Wu and Xianzhen Wu from Shanghai, and published in 1958 in the Chinese Journal of Obstetrics and Gynecology. The Procedure is said to be one of the most common and safest ways to terminate an unwanted pregnancy and takes less than 15 minutes. The doctor begins the procedure by administering general anesthesia, a shot in her cervix.